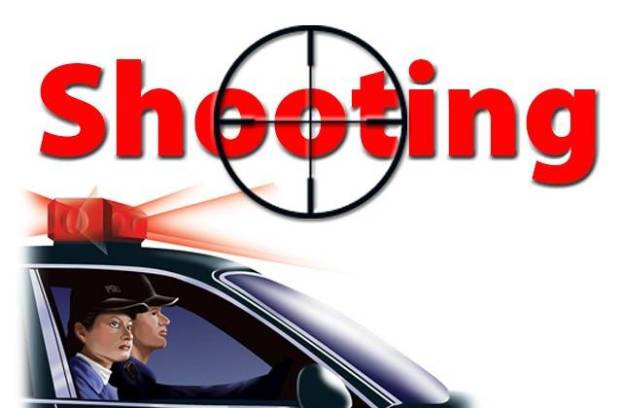 ‘You were always there’: Las Vegas shooting victims mourned

Through tears and in heart-wrenching tributes, relatives and friends are remembering the dozens of people killed in the shooting massacre on the Las Vegas strip.

Co-workers gazed silently into flickering candles at a vigil for one victim, a former cheerleader from California who loved country music.

Relatives of another victim waited for hours before getting the worst news imaginable — that a mother of two who was initially listed as missing had died. A man who loved the outdoors was recalled for his smile — wide and freely given.

Here’s a glimpse at some of the people who died after a gunman opened fire from the 32nd floor of a Las Vegas hotel onto a crowd of more than 22,000 below at a country music festival.

CALIFORNIA WOMAN REMEMBERED AS ‘THE PERKY ONE’

A one-time high school cheerleader who loved country music, Bailey Schweitzer of Bakersfield, California, went to the Route 91 Harvest Festival to see some of her favorite acts.

A day after the 20-year-old’s death, co-workers at the software company where she worked held a vigil. Friends and colleagues gazed at white candles lit in her memory Monday night.

“No one could possibly have a bad day when Bailey was around,” said a statement by Fred Brakeman, chief executive officer of Infinity Communications and Consulting, Inc., where Schweitzer was a receptionist.

“If you have ever called or visited our office, she was the perky one that helped direct you to the staff member you needed,” he said.

Schweitzer graduated in 2015 from Centennial High School, where she was a member of the cheerleading squad. On social media she often posted photos from Bakersfield Speedway, a dirt auto-racing track that her family owns.

‘EVERYBODY STARTED RUNNING FOR COVER AND THE GUY KEPT SHOOTING’

Thomas Day Jr. was a big country music fan, so there was no doubt he’d go to the Route 91 Harvest festival in Las Vegas, and that he’d take his whole family with him.

Day, 54, of Corona, California, was one of 59 people killed by a gunman who sprayed the concert with bullets from the 32nd floor of the Mandalay Bay Resort and Casino.

“He was just a fun-loving boy, a great family man who loved to spend time with his family,” said Thomas Day Sr. who spoke on the phone, surrounded by his son’s four grown children at his Las Vegas area home.

The elder Day, who lives near Las Vegas, said he was at home Sunday night when he received a frantic telephone call from his grandson and a granddaughter.

“They were standing right there and they said he and another young man there both took a bullet in the head,” said Day, 75. “Everybody started running for cover and the guy kept shooting.”

Day said none of his grandchildren were struck by bullets, but his son was. A friend rushed Thomas Day Jr. to a hospital but there was nothing doctors could do.

Struggling to speak, Day said his son loved his three daughters and son and his two grandchildren. The whole group jumped at the chance to drive to Las Vegas for the show.

“We always had fun together,” he said.

A GRUELING SEARCH FOR A MISSING WOMAN, AND THEN THE WORST

Stacee Etcheber of Novato, California, was listed as missing for hours before her family found got the worst possible news: The mother of two was dead.

At the concert, her husband told her to hide, then to run, as he helped a concertgoer next to him who had been shot, said Al Etcheber, her brother-in-law.

Her husband, Vincent Etcheber, is a San Francisco police officer, and his training kicked in immediately when shots rang out, Al Etcheber said.

He told Stacee and the couple’s three friends to protect themselves behind a nearby barrier. Then he told them to run, just before the second round of shots rang out, Al Etcheber said.

He has not heard from Stacee since, and she was not carrying an ID.

“It’s been a grueling 15 hours with no information,” Al Etcheber said Monday. On Tuesday morning, he posted on Facebook that the worst fears had been realized — she was dead.

Stacee, 50, worked as a hairdresser. Al Etcheber called her a loving wife and great mother who was “tough as nails and just the salt of the earth.”

Quinton Robbins was the big brother who coached his little brother’s flag football team, the prom king who was nice to everyone regardless of their high school social standing, an outdoorsman who loved to fish and boat around the lake.

“The kid was loved by everyone,” said Mike Wells, Robbins’ uncle who is serving as a spokesman for the family. “He was popular in high school, but would walk up to the kid who wasn’t so popular and befriend him and make him feel good.”

Robbins, 20, died Sunday, likely moments after a bullet struck his chest and left his body through his lower back. He was up on his knees, looking for a spot to take his girlfriend for shelter, Wells said, recounting Robbins’ girlfriend’s account of the terrifying moments. “I think I got shot,” Robbins looked at her and said before collapsing.

“He died probably within seconds after the bullet hit him,” Wells said.

Robbins leaves behind a younger brother and sister, who adored him, as well as his parents, Wells said. His parents sat beside Robbins, who had already died, until about 5 or 6 in the morning, Wells said, before rushing home to make sure they could tell his 11-year-old brother the news themselves.

Robbins worked for the athletic department in his home city of Henderson, Nevada.

“The positive impact he had on everyone was huge,” Wells said.

‘I CAN HEAR HER LAUGH … RIGHT NOW’

Neysa Tonks’ employer remembered her as a “great mother, colleague and friend.”

The 46-year-old mother of three boys worked for the Las Vegas office of Technologent Inc., which offers technology solutions to companies. She was killed in the shooting rampage at the concert.

“Neysa has brought so much joy, fun and laughter to Technologent — she will be greatly missed by all!” said a statement posted by the California-based company.

The company has set up a GoFundMe page to raise funds to help her family.

Tonks grew up in Utah. Her brother, AJ Yerage, told the CBS affiliate in Salt Lake City that he felt “lucky” that Tonks was a part of his life and that she loved making jokes.

“I can hear her laugh, her voice in my head and my heart right now,” Yerage told KUTV.

Members of the Shippensburg Greyhound Wrestling team in southern Pennsylvania are raising money to help the family of coach Bill Wolfe, who is among the dead in Las Vegas.

A gofundme page established to accept donations for Wolfe’s family quickly exceeded its goal of $10,000 after being shared hundreds of times on social media, and team booster club said it also was accepting checks to help with family with unexpected expenses.

Wolfe initially was listed as missing Monday until his death later was confirmed.

As an engineer, Wolfe spent several years working on major projects for a central Pennsylvania engineering firm. There, a colleague remembered him as being personable, easy to work with and a devoted Christian. Company owner Carl Bert said Wolfe was a close friend and “a class act in every way.”

The Chambersburg Public Opinion reported that Wolfe and his wife Robyn were celebrating their 20th wedding anniversary in Las Vegas.

Angela “Angie” Gomez died in the Las Vegas shooting, according to a statement from the Riverside Unified School District in California.

Gomez graduated from Riverside Poly High School in 2015, where she was a cheerleader. School staff remembered her as a “fun-loving young lady with a great sense of humor.”

Gomez participated in the Riverside Children’s Theater and was involved in choir. The school district said Gomez was a hard worker who “always challenged herself academically.”

Friend Lupe Avila wrote in a tribute to Gomez online that she was a “cheerful young lady with a warm heart and loving spirit.”

ELEMENTARY STUDENTS REMEMBER ‘THE HUB’ OF THEIR SCHOOL

Vista Fundamental Elementary in Simi Valley, California, is large as schools go with 681 kindergarteners through sixth graders and receptionist Susan Smith was in the center of it all.

“She’s the hub,” Simi Valley Unified School District spokeswoman Jake Finch told The Associated Press Tuesday. “She supported the principal, taking care of the many things that happen in the school. She was patient. She was kind, especially with the kids. Even when it was chaotic she would smile.”

“Today (Tuesday) everyone at the school is wearing red, white and blue in her honor,” Finch said.

Smith, 53, of Simi Valley, was office manager at Vista Elementary for the past three years. She had been with the district since 2001.

“She was a big country music fan,” said Finch, who added that Smith was with friends at the Las Vegas concert. Those friends contacted Smith’s family after the shooting.

A third Canadian is among the dead in a mass shooting at a country music show in Las Vegas.

Alberta Premier Rachel Notley extended her condolences Tuesday to the friends and family of Calla Medig from the mountain town of Jasper.

Notley has also extended her condolences to the family of Jessica Klymchuk, who was from the small Alberta community of Valleyview.

Jordan McIldoon, who was 23 and from Maple Ridge, British Columbia, was also killed.

A former New York Yankee playing baseball in Japan is cutting his season short because cousin Christiana Duarte was killed in the mass shooting in Las Vegas.

Japanese media report that Brandon Laird is related to Duarte, 22, of Torrance, California. Friends on social media described her as a recent graduate of the University of Arizona.

Laird will leave for the United States on Wednesday.

Laird is a third baseman with Japan’s Nippon Ham Fighters. He also played for the Houston Astros before coming to Japan in 2015.

Christopher Roybal, 28, was described as jovial and fun-loving, despite experiencing intense combat during four tours in the Middle East.

“He is a guy that could always put a smile on your face … after all the stuff he had been through,” said David Harman, who founded a company that owns the Colorado gym where Roybal worked.

Roybal, 28, worked at Crunch Fitness in Corona and Riverside, California, before he moved at the beginning of the year to help open franchises in Colorado Springs.

“He was the guy who if your car broke down in the middle of the night, you could call him and he would come help you,” Harman said. “He is that guy who would find solutions, not report on problems.”

Harman said Roybal served in Afghanistan and was coping with the loss of a friend who was killed by an improvised explosive device. Roybal adopted his friend’s bomb-sniffing dog, Bella, but was devastated when she died of old age.

Roybal mentioned the dog in a July 18 Facebook post that also included a lengthy description of his experience getting shot at in combat.

Off-duty Las Vegas police officer and youth football coach Charleston Hartfield was among those killed, two of his friends said.

Hartfield, 34, was known as a selfless, respected leader who brought out the best in his players, said Stan King, whose son played football for Hartfield.

Hartfield, who also went by “Chuck” or “Charles” or even “Chucky Hart,” was also a military veteran and leaves behind a son and a daughter, Rhett said.

Hartfield is also listed at author of a book titled “Memoirs of Public Servant” about his time as a Las Vegas police officer.

A changing of the guard

Members of government and other well-wishers gathered inside the conference room at Tazewell City Hall Thursday evening to witness the... read more