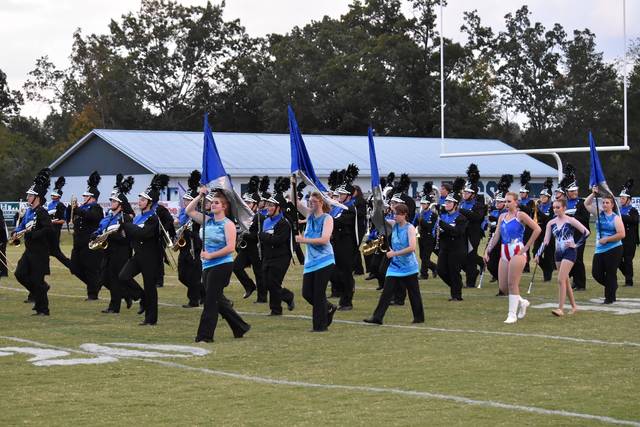 The Claiborne High School Marching Band earned an “Excellent” ranking at the first competiton of the 2017 season.

Caleb Howard said this of his band’s efforts, “Our score was the highest it’s ever been at that competition out of the three years we have went. They received an overall ranking of excellent. It was one of the strongest performances I’ve seen from this band and this competition is judged really tough. They use a 20 point spread to determine ranking, where most others use a 30 point spread. I was very pleased. The kids were happy, but we are determined to work and bring the score up at our next competition at Daniel Boone October 14.”

The Bulldogs band has been a bright spot for CHS by entertaining the fans at home and away games during the 2017 season.