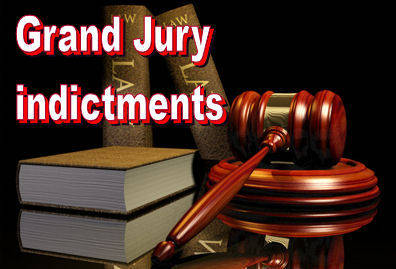 The Tennessee Comptroller’s Office has released an investigation which has resulted in the indictment of Matthew and Heather Brooks. Investigators determined the couple misappropriated at least $8,286 from the Lafollette Elementary School Parent Teacher Organization.

According to a release from the Comptroller’s Office, it began the investigation after Campbell County Schools reported questionable transactions in the PTO bank records.

These purchases are said to include buying service for personal cell phones, games for Google Play, personal meals at local restaurants as well as entertainment in Gatlinburg and Pigeon Forge.

Heather Brooks also allegedly manipulated or withheld the PTO’s financial reports to conceal this activity from the board.

The release states that the Brooks’ admitted to investigators that they misused PTO funds and assisted comptroller investigators with identifying their personal transactions. After the discovery of these discrepancies, PTO operations were suspended. The organization was administratively dissolved in March of this year.

In October, Matthew and Heather Brooks were each indicted by the Campbell County Grand Jury on one count of theft over $2,500.

“It’s important that PTO organizations follow state law requiring funds to be safeguarded,” said Comptroller Justin P. Wilson. “PTOs should take precautions such as requiring more than one signature on checks, maintaining documentation for all purchases, and having multiple people review bank statements.”