Lost on the mountain 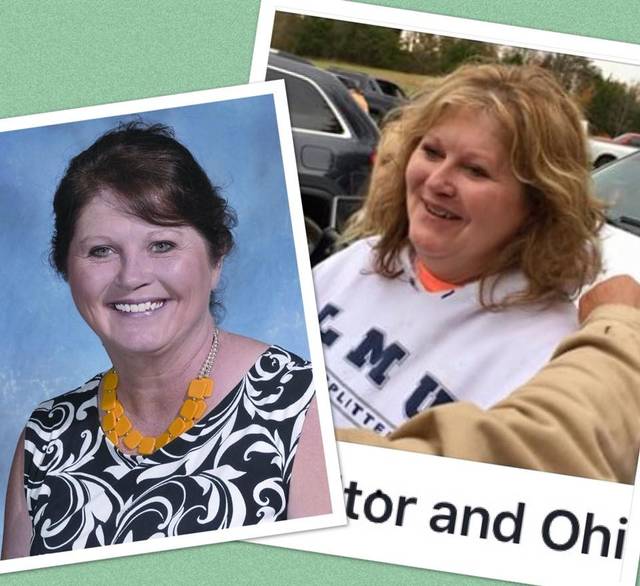 The “before,” left, and “after” photos of Sherry Grant McCreary Neal, who got lost with a real estate client the afternoon and night of Halloween. The photo on the left was given to hundreds of people to share in hopes the two would be found after not reporting back to family and friends.

Two missing women were found after an extensive search in Claiborne County the night of Oct. 31 and the morning of Nov. 1.

According to a news release from the Claiborne County Sheriff’s Office, local realtor Sherry Grant McCreary Neal and a female prospective buyer were traveling on an ATV to a listed property on Chumley Mountain in Speedwell. The pair never reported back to family and friends on Halloween.

“The realtor and her client were found just after 10:15 a.m. Wednesday, November 1,” said Sheriff David Ray.

According to Neal’s account, the ATV’s undercarriage got stuck on a tree trunk and she and her client, who is from Ohio, couldn’t get it loose.

Ray stated that Neal and her client attempted to get the vehicle freed from the wreckage and it eventually had gotten dark.

“That’s when the pair braved the cold and woods throughout the night,” he said. “At day break on the morning of November 1 the pair walked several miles in the woods when a logger named by (Neal) as Kenneth Davis found the pair walking and took them into safety, giving them food and water.”

Neal stated that she is thankful for the outpouring of support from the community. One count had over a hundred people assisting in the search and at a local church helping the family. Numerous posts were sent out via social media as well, in hopes someone would find the two.

She said that the two hiked three or four miles on Tuesday then made camp on some rocks as dusk settled. They walked several more miles Wednesday morning — Neal estimates 10 or slightly more in total.

“We heard the ATVs, sirens, and saw the chopper. We yelled and waved and even shined laser light. But, God stayed with us through the night and erased any fears,” she said. “We walked the soles off my hiking boots but won’t need them for a long, long time!”

Those who know Neal weren’t surprised when she talked about her adventure with humor.

“Remember, if you have a home to sell, I’m the realtor that will go the extra mile (or 10) to sell it!” she said with a laugh.

Ray said he would like to thank everyone involved with the search, including “the community as a whole, Campbell County Sheriff’s Office, Sheriff J.J. Jones of Knox County’s Sheriff’s Office, with the assistance of a helicopter. All the local fire departments, David Breeding with the EMA (Emergency Management Agency), deputies and investigators with his department.

“The coming together as a community brought forth a wonderful outcome,” he said.

The two adventurers came away with fatigue and soreness — but no major injuries.

“I can’t describe the feeling when I realized how many people had missed work and were gathered to search for us, how many brought food, prepared food, prayed and prayed,” Neal said. “There’s no better feeling than knowing people care!”

Neal doesn’t mind sharing her story and looks forward to sharing it more.

“That night on the mountain has changed me forever. I can’t really explain it … but I’ll never be the same. During the night, God showed me exactly how much I’ve grown over the last 10 years. And, He’s shown me exactly how far I’ve come. I’m not where I need to be just yet, but I’m a lot closer than I’ve ever been,” she said.

Milton Estes: From Claiborne Co. to the Grand Ole…