Jerusalem — what is coming 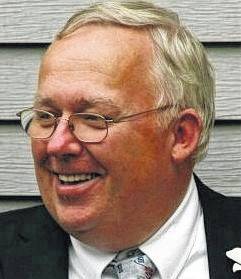 President Trump did something that no world leader has been willing to do last week; he recognized Jerusalem as the capital of Israel. His action has come with praise from the Israeli government and Jews, but warnings and condemnation emerged from the rest of the world. Promises of violence have turned into riots throughout Israel.

Maybe he knows, maybe he does not, but President Trump did something that is another step in the future fulfilling of a major Biblical prophetic event.

The prophet Daniel lays out a timeline for specific prophetic events. The timeline is 70 weeks long – Daniel 9:24, “Seventy weeks are determined upon thy people and upon thy holy city, to finish the transgression, and to make an end of sins, and to make reconciliation for iniquity, and to bring in everlasting righteousness, and to seal up the vision and prophecy, and to anoint the most Holy.” Hindsight and history tell us these are 70 weeks of years. In other words, one of Daniel’s weeks is seven years long instead of seven days.

Dissecting the verse – the prophetic events surround “thy people” who concerning the Old Testament would be the Jews – the people of Israel; “and upon thy holy city” which is Jerusalem. Many of us like to think of ourselves as the center of the universe, but when it comes to Biblical prophecy Israel, the Jews, and the city of Jerusalem are the players to watch.

“Finish the transgression” — When Daniel writes this the Jews were in Babylon as slaves. Israel had rejected God, started serving other gods and God sent them into captivity. The 70 weeks are designed to bring an end to Israel’s apostasy and bring them back to God.

“Make an end of sins” — Obviously, still yet to be fulfilled, but Daniel’s weeks would bring an end to the sins of everyday life.

“Bring in everlasting righteousness” — There will be a day when Christ will sit on the throne and righteousness will flow throughout the earth from His throne in Jerusalem.

“To seal up the vision and prophecy” — At the end of the 70 weeks, all the prophecies concerning Israel and Jerusalem will be complete. The only prophecies still needing to be accomplished will revolve around the church and the judgment of the unsaved.

“To anoint the most Holy” – The King of kings and Lord of lords will take His rightful place on the throne of Israel and the entire earth. Jesus Christ will finally rule.

The first 69 weeks of the prophecy has already come to pass. Daniel 9:25 tells us the 70 weeks would begin with the “commandment to restore and to build Jerusalem.” The first seven weeks, or 49 years, are the rebuilding of Jerusalem after the Jews returned from Babylon. At the end of the first sixty-nine weeks (483 years) the Messiah is “cut off” (Daniel 9:26).

Space prohibits me from getting into the timing of the first 69 weeks, but history does show it was exactly that amount of time from the decree to rebuild Jerusalem until the death of Jesus Christ. Daniel 9:26 also describes what happens shortly after the death of Jesus — the overtaking of Jerusalem by an enemy with a flood. The Romans did this in 70 A.D.

Now, what about the seventieth week?

Daniel 9:27 describes some of the events of the seventieth week. The week begins with the signing of a covenant. This covenant or treaty is made “with many.” This agreement settles a dispute over the city of Jerusalem and Israel.

The Jewish Temple is rebuilt. We do not know if the Temple’s rebuilding is a result of the covenant or occurs beforehand, but the passage does tell us the sacrifices within the Temple cease at the midpoint of the treaty.

Will Jerusalem be split between Israel and the Palestinians? The Scripture does not tell us, but we do know that there is a future agreement concerning Jerusalem, the antichrist will be the chief negotiator, and “many” will be involved.

With his announcement of recognizing Jerusalem as the capital of Jerusalem, President Trump has put in the limelight a situation that needs concluding — the status of Jerusalem.

I do believe the signing of the treaty of Daniel, and thus the starting of the seventieth week will come after the invasion of Israel prophesied in Psalm 83. In fact, I believe, the short war of Psalm 83 will be the fuel that will bring the “many” to the negotiating table.

What President Trump did is not the fulfilling of Biblical prophecy, but it very well could be a catalyst that begins to set things in motion for major prophetic events to occur.