We won’t know the full impact of the massive Republican tax bill for a year or two. Supporters and detractors have spewed opinions almost without restraint, though in candor, the Democrats seem to have more credible analysts on their side of the argument.

Only time will settle the macro-economic debate. It will take only a month or two of hard reporting to figure out what’s buried in the 500-page bill that was hammered out in the wee hours by Republican dealmakers.

Who knows? We could wake up one morning and discover the Everglades National Park is for sale. More likely, Republicans will make good their stated goal to “fix” Social Security and Medicare, a fix that should make Floridians especially wary, given the state’s heavy population of elderly.

While backers and detractors of the tax plan have exaggerated to one degree or another, it is the deal-maker-in-chief, President Donald Trump, who has won the war of rhetorical excess.

Trump calls the tax rewrite the biggest, most ambitious, most sweeping, most expansive economic boost to the working people of America than anything ever conceived — now and for all times.

And to counter assertions from the other side that the tax bill is a giveaway to the rich and privileged, he offers:

“This is going to cost me a fortune, this thing, believe me. Believe me. This is not good for me. It’s not so. I have some very wealthy friends. Not so happy with me, but that’s OK. You know, I keep hearing Schumer. ‘This is for the wealthy.’ Well if it is, my friends don’t know about it. I think my accountants are going crazy right now.”

His stream-of-consciousness speech to a crowd of supporters in St. Charles, Missouri, was a model of Trump-style incoherence and exaggeration bordering on prevarication.

Anyone asking to be believed twice in a 14-word sentence probably shouldn’t be.

We will have to see his income tax returns to see how much he will be hurt under the provisions of the new tax code. But Trump refuses to release his returns, the only modern president to do so. And Congress refuses to compel him.

But this much is certain, the top personal tax rate drops from 39.6 percent to 37 percent and the estate tax is twice as generous. And treatment of pass-through income, the kind that applies to most Trump business, is dramatically lower in the new code. And, of course, if any of Trump’s businesses operate under a corporate structure, that much-talked-about rate drops from 35 percent to 21.

So, at least on the surface, Trump’s interests suffer none of the blows and enjoy almost all of the advantages in the new code. It’s the hidden clunkers that will tell the real tale.

The tax return will settle the question once and for all. In typical Trump fashion, he started out with a promise to release his tax returns as have virtually all of his predecessors.

He modified his position to promise a release after the completion of an IRS audit. Told by the IRS that the audit wasn’t a bar to release, he told us his tax return was none of our business.

But it is our business, President Trump. You gave up your financial privacy when you decided to run for public office.

— From the Sun Sentinel. 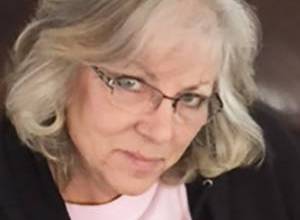 Perspective: Trump’s announcement on astronauts to the moon