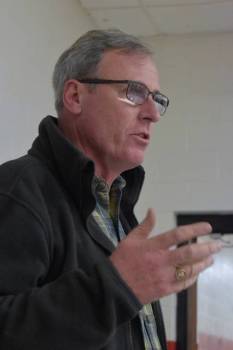 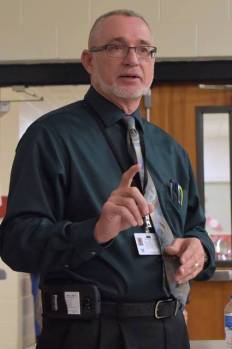 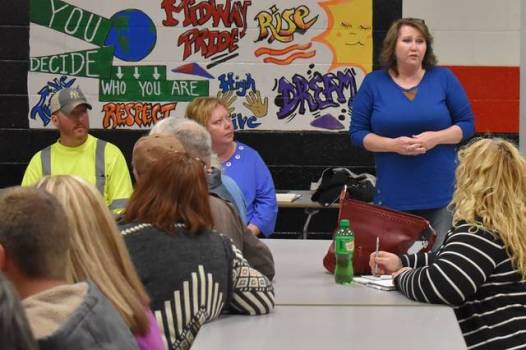 Claiborne County second district residents, Mayor Joe Brooks, Director of Schools Dr. Joe Miller, and the three district commissioners — Juanita Honeycutt, Kim Walker Large and Nathan Epperson — met at Midway Elementary School on Jan. 8 for a town hall to discuss issues of importance and the direction of the newly elected members. School board member Terry Keck had to miss the meeting due to a funeral.

Several people attended and discussed items ranging from roads to county commissioners abstaining from voting, the lack of workers, Miller’s contract and more.

The main point of the meeting was to encourage and achieve community involvement giving them a forum to ask their questions. The elected officials all spoke of how they want to represent the residents of the second district and county. The county commissioners, Brooks and Miller all encouraged residents to reach out to them at any time.

Another resident brought up the issue of tax on property owners and the lack of taxes to renters and those driving with out-of-county tags, especially when it came to the many with out-of-state or out-of-county drivers at Lincoln Memorial University.

All in all, the town hall organized by Mildred Moyers proved to be a valuable asset to residents of the second district and if nothing else it gave them a forum to speak their concerns face-to-face with their elected officials. Many other districts are planning to do town halls in the upcoming days and the hope is to revisit the issues once a month using this type of event.