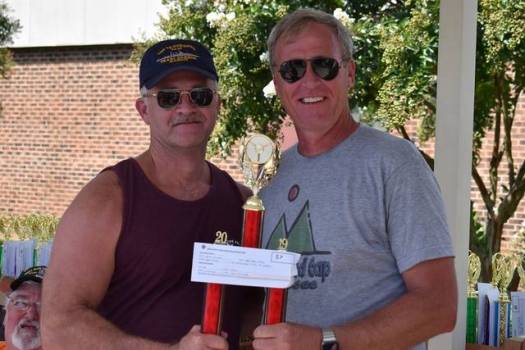 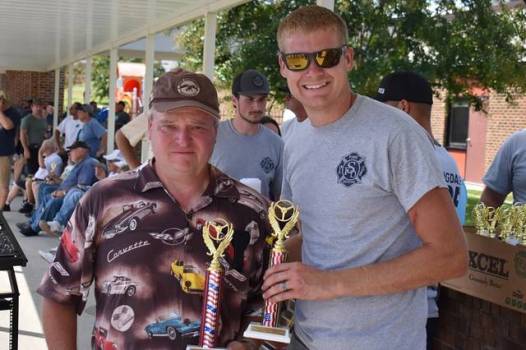 <p>David Thomas gets his trophy for the longest drive presented by Matt Seals.</p> 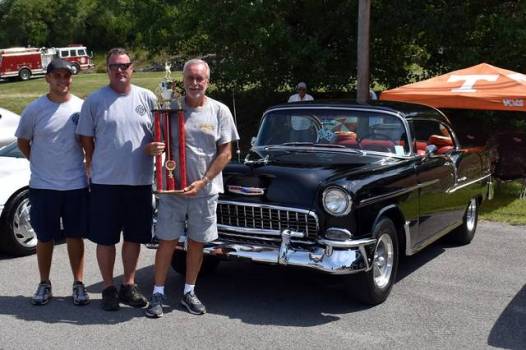 There was a car ready to enter the show as early as 6:30 a.m. and throughout the day those awesome looking classic cars, sports cars, rat rods, trucks, Jeeps, imports and bikes kept rolling through the gates.

This show is the primary source of funding for the department and allows them to purchase everything from trucks, turnout gear, other personal protection equipment and provide for general funding.

There were 151 vehicles in this year’s show and plenty of foot traffic. Springdale was assisted by South Claiborne Volunteer Fire Department.

After judging there was one vehicle that stood out above the others as voted by the fire fighters. The Fire Fighter’s Choice Award went to a 1955 Chevrolet Bel Air belonging to Keith Bullen. Zack Brooks won the Mayor’s Choice presented by Claiborne County Mayor Joe Brooks for his Ford Mustang. The trophy for longest drive went to David Thomas in his 1996 Corvette who drove over 250 miles to attend the show.

Deputy Chief Matt Seals wanted to thank everyone for supporting the show once again, “On behalf of Springdale Volunteer Fire Department, I’d like to thank everyone for coming out. Thanks to all our sponsors Dream Light and Sound, Allen Earl for the photos, all those that volunteered, all the people who came by as spectators and of course all those that brought vehicles.”

Planning will quickly begin for next year’s car show which is tentatively scheduled for the third Saturday in August.