The history of Johnson School 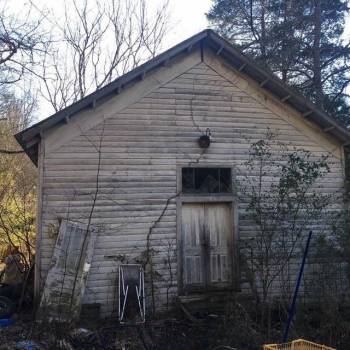 <p>Courtesy photos</p> <p>Originally built in the late 1890s, Johnson School was rebuilt in 1937 at its current location. The school is about 100 yards from the Clinch River on the Claiborne-Grainger County line. An older structure burned in 1935 that had served a large plantation nearby. The structure that was the Johnson School is in excellent condition and is now used as a farm storage building. The National Weather Service River Gauge for Tazewell is located just below the structure. The second photo shows the proximity of the river to the old school building.</p> 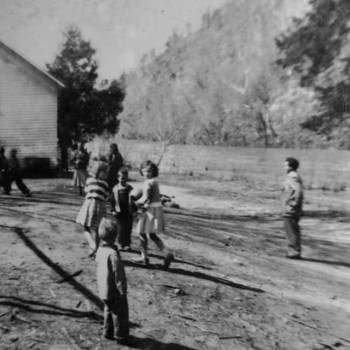 <p>This photo shows the proximity of the river to the old school building. </p>

Following is the next installment in a series from local history buff Randy Bullen.

Originally built in the late 1890s, Johnson School was originally known as Howerton School when the building was located in Howard’s Quarter. The structure was moved, rebuilt and renamed Johnson School in 1937.

The building is located about 100 yards from the Clinch River on the Claiborne-Grainger County line. An older structure burned in 1935 that had served a large plantation nearby.

With the beginning of construction of Norris Dam in 1933, Claiborne County was informed that its newest school, Baylor Consolidated School, was in the impoundment zone of the lake. Baylor School was built too close to two other schools that were either in need of renovating or being used as a church as well. Rose School, in lower Caney Valley, and Tye’s Branch in Springdale would be closed and consolidated into Baylor.

The county was in a fix. The depression had hurt the revenue flow and there was just not enough money to build another school. Enter the New Deal program WPA.

TVA bought Baylor Consolidated School for $10,688 in 1935 ($200,162 today) – a significant loss. However, someone on the school board had an idea – dismantle Baylor School and build it at Howard’s Quarter as a new school and take the school at Howertons and move it to Johnson School.

A new school was already in the plans at Caney Valley and Sycamore Hall to replace the one-room schools there with two-room schools. Now, the school system could close schools at Gnat Hollow, McCollough Bend (TVA bought for $710 in 1936), Days Bluff (bought by TVA $1,645), Tye’s Branch (bought by TVA $968), and Ridge School. They wanted to close Seals Chapel as well, but the community changed its mind.

The irony is that remains of Gnat Hollow are still standing. The 1937 Caney Valley School is in great condition. Rose School stood until the early 2000s, when it burned. Norris Lake did overtake Days Bluff and Tye’s Branch and even though the lake has never covered it, the foundation of Baylor Consolidated School can still be seen from the northbound lanes of U.S. 25E just before you cross the bridge.

And, Johnson School is still standing just past Grissoms Island Church. The structure is in excellent condition and is used as a farm storage building.

In 1997, the Clinch was at its highest flood stage on record with its waters against the school itself. The National Weather Service (NWS) River Gauge for Tazewell is located just below the structure.