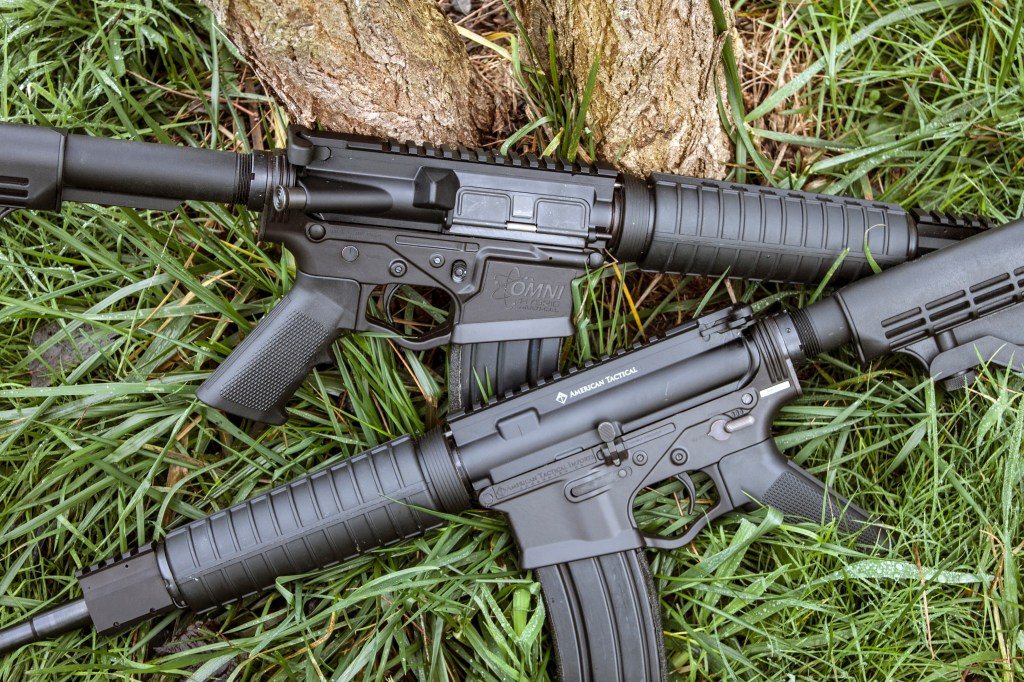 The AR 15 is simply a semi-automatic rifle

The AR-15 is the most popular rifle platform ever designed. While it is admired by gun owners it is also feared by others.
ArmaLite was the company that designed the AR-15 and although it had military ties the rifle that is in huge circulation now is simply just another semi automatic rifle meaning one pull of the trigger produces one fired round.
There is a false belief by many that one trigger pull will empty the magazine but that is not the case. One trigger pull only equals one fired round.

In 1954, ArmaLite entered the gun production business and produced a bolt action 22 Hornet as a survival rifle for Air Force flight crews and then began designing other weapons for the military including the M-16.
The AR-15 in circulation now was the 15th style of the rifle and that’s why it’s named as such. Many think the AR stands for assault rifle but that is not the case because by true definition it is not an assault rifle.

Anti-gunners say the gun is too powerful for American citizens to own and that it has extended magazines, not clips, allowing it to carry more rounds than most rifles; however, the common deer rifle has a much more powerful round but yet it doesn’t carry the same negative notoriety as the AR partly due to the media.
A few bad characters have contributed to the mystique that the gun carries and many believe it should not exist in today’s world.

Many law abiding owners will tell you that if a criminal can get their hands on guns and even a fully automatic rifle that they deserve the right to own a similar rifle in protection of their family.
Despite carrying so much negativity around the AR platform is a safe, fun, easy to shoot semi automatic firearm that in the hands of law abiding citizens poses zero threat to the public.

The rifle is often misrepresented in the mainstream media and is in many gun owners collection. Americans own over 300 million of these firearms and with every new regulation that number grows.
The number actually increased due to COVID-19 fears and even those that have claimed to be anti gun in the past have purchased them lately. The political fight will continue, right or wrong, over these rifles but it all comes down to how the users intend to use them.