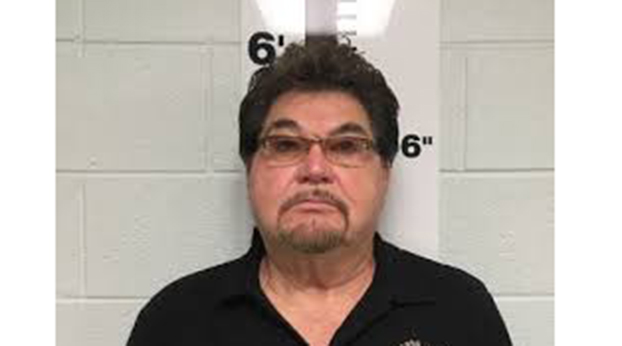 The Tennessee Bureau of Investigation spent years gathering evidence against former Claiborne County Sheriff David Ray, who was indicted in 2018 on 15 counts involving alleged illegal activities while in office.

Ray was in court on July 1 to cement a plea agreement on two of those counts.

The former sheriff was sentenced to 4 years supervised probation on two counts of attempted evasion of sales taxes.

Part of the plea agreement involves restitution in the amount of $901.80 – the total monetary amount in restitution that would have been involved for all 15 counts.

Defense attorney Jeffrey Daniel took a moment near the end of the hearing to comment on the agreement.

“The actions of Mr. Ray in violating these two particular counts – I think we can say, on the record, were committed basically solely as his role as a private citizen and did not involve the color of his office or his capacity to sheriff. In other words, his role as sheriff had nothing to do with the fact that the sales tax was avoided,” said Daniel.

By taking the plea agreement, Ray admitted to nonpayment of sales taxes on two Ford trucks purchased in 2014 and 2015. He admitted that he had registered both vehicles as an “even trade” even though they were not purchased in that manner and that he had signed his grandson’s name on the registration as the owner of both trucks.

Presiding judge Rex Henry Ogle, with the 4th circuit court, took a moment to elaborate on the circumstances of the plea agreement. Ogle said that, after extensive negotiations with defense counsel, a severance motion was filed that would allow counts 1, 9 and 10 of the indictment to be tried together.

“We had this trial set July 20, but it was on notice to be heard today.

“We feel like this is not a perfect scenario, but it is a just resolution to this case. The state has agreed to let the sentence go down. The law does not mandate consecutive sentencing but the defendant has agreed (to it)…we feel like that is just,” said Ogle, adding that all 15 counts in the indictment are E felonies, the lowest level the state allows for a felony charge.

The original indictment alleged seven counts of official misconduct along with multiple counts of tax evasion and using jail inmates for personal gain.

The lengthy investigation netted numerous reports that Ray allegedly used Claiborne County Jail prisoners to work on his personal vehicles, to construct a pool at his Speedwell residence and to rebuild his home after a tornado.

The investigation even uncovered an alleged affair in 2017 between Ray and the sister-in-law of a drug dealer.