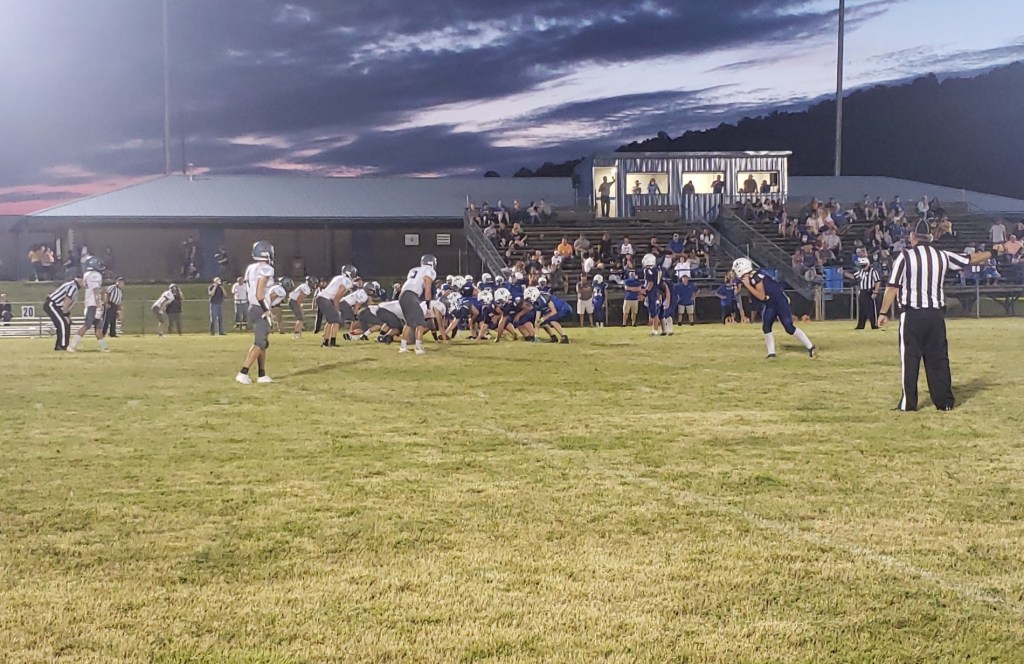 Panthers and Indians battle at sunset (Photo by Mara Brock)

The Panthers of Cumberland Gap traveled to Hancock County, September 11, with a lot of question marks especially at quarterback after losing Lance Owens last week to a leg injury. The position was in capable hands with Isaiah Gerrells who led the team to a 40-0 victory.

When asked about being thrown into the fire Gerrells said this, “I was nervous up until around the third snap of the game and then I started to get the swing of things. I feel that Hancock was a pretty good game for me to start so that helped a lot.”

Scoring came easy for the Panthers as Logan Daniels had three rushing touchdowns and Gerrells added two on the ground and one through the air to Dylan Ellison.

Adding to the point total was a punt return for a touchdown by Ellison as well.

Gerrells gives credit to a recent addition to the coaching staff, “I feel like we’ll do pretty good with Rick Shipley back on the staff.”

The Panthers are now 1-2 on the season and will play away at undefeated Oneida.