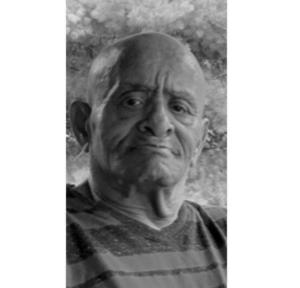 Franklin W. Thomas, Son, Brother, Husband, Father, and Grandfather passed away on Sept. 17th to be with his Lord. Franklin was born in Morganton, NC in 1939. Franklin moved to Claiborne County, TN when he was 3 years old. Franklin made and called this beautiful county his home. Franklin retired from the Claiborne County Hospital as a Nursing Assistant after 33 years of faithful service. Franklin was a farmer and served on the Claiborne County Board of the Tennessee Agriculture Committee for more than 2 terms. He was a hunter by convince and a passionate fisherman. Franklin was never known to belong to any one church origination. His church was Jesus Christ and could be quoted saying, “Jesus’ Church is Everywhere, you are”.

Franklin, was preceded in death by his Father and Mother, Rev. Tanch Hat Thomas and Mabel Thomas Patton. His son and best friend, Tyson Tyrone Thomas. And his Queen, Selassie Way Wilson-Thomas.

Franklin is survived by three sisters. Irene and husband Kenny Foreman, of Belleville, MI. Mabel (Dubbie) Thomas, of Columbus, Ohio and Mayetta Kemp of Dearborn, MI. One son, Shannon W. Thomas and wife Alisha of Tazewell, TN, A daughter, Gary and Jacqueline Thomas-Kyle of Morristown, TN. A grandson, Darren Thomas, of Middlesboro, KY. A grandson Gabriel Thomas of Tazewell, TN. A grandson and granddaughter, Christian Isaiah Kyle, and Chloe McKayla Kyle of Morristown, TN. A host of nieces and nephews, who called him Uncle Frank. He also leaves behind great and great-great nieces and nephews.
Coffey Funeral Home in charge of arrangements