Why are Christmas colors red and green? 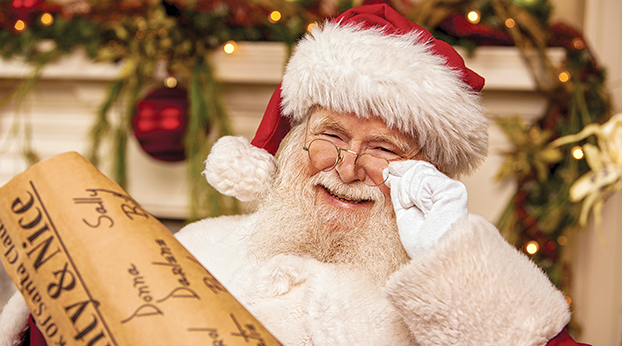 Many people may not get in the holiday spirit without decorations and all the trimmings. Chances are strong that if you have containers full of items just waiting to see the light of day again this holiday season, those items are red or green or some combination thereof.

Red and green have become the traditional colors of Christmas, just as blue and white symbolizes Chanukah. But how did this color palette come to evolve?

Just like many traditions of Christmas, the red and green scheme has origins that pre-date the Christian celebration.

Christmas has borrowed from many of the customs of winter solstice celebrations of ancient peoples, including the Celts.

Ancient Celtic people revered holly plants, believing they brought beauty and good fortune in the middle of winter — a time when the landscape is normally bleak and holly plants thrive and stand out. Celts would regularly bring in sprigs of holly and decorate their homes with the plants, which feature shiny, serrated leaves and bright, red berries, as a way to guarantee a prosperous new year. Holly also came to be associated with the crown of thorns Jesus Christ was forced to wear during his crucifixion.

The custom of using red and green continued into the 14th century. Dr. Spike Bucklow, a research scientist at the University of Cambridge, says red and green also were used to paint medieval rood screens, which were partitions installed in churches to separate the congregation from the priest and altar. Dr. Bucklow notes that Victorians also extended the association of these colors as a physical boundary to another boundary: the marking of the end of the old year and the beginning of a new one at Christmastime.

While red and green had associations with Christmas in early times through holly and other sources, the connection was perhaps best-solidified thanks to a man named Haddon Sundblom. Sundblom was an artist commissioned in 1931 by the Coca-Cola company to create an image of Santa Claus for the company’s upcoming holiday ads. Until this point, versions of Santa were rarely consistent, with his clothing vacillating between green, blue and red. He also wasn’t the plump, jolly fellow associated with Christmas as we know him today, but rather thin and elf-like. Sundblom portrayed him as a chubby man wearing red robes, likely as a nod to Coca-Cola’s own red logo, even though the company denies the connection. Santa was featured in front of a green background. The ads proved popular and Sundblom’s Santa became the preferred depiction.

Santa’s red robes perfectly complemented the green background and other green components of the holiday, such as Christmas trees and holly, that already had been solidified as Christmas imagery.

Color plays a strong role in creating Christmas nostalgia. Red and green are put on vivid display throughout the season.