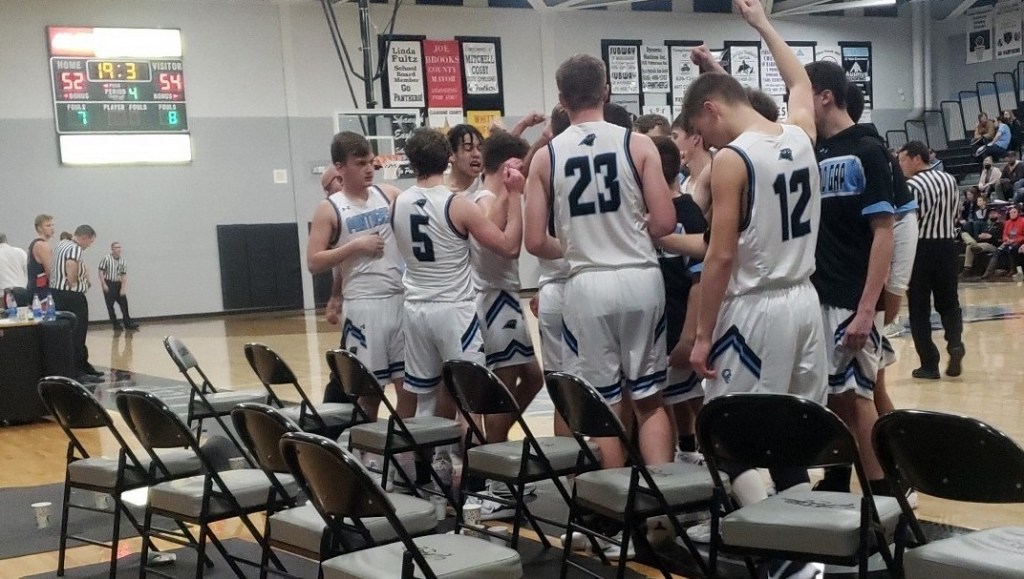 Grainger came into Cumberland Gap, February 9, looking for a battle on the hardwood and got just that from the ever improving Panthers. Grainger escaped with a one point victory, 58-57.

Grainger started the game with a 14-10 advantage after the opening period. Jon Graves hit two, three pointers to get the Panthers going and Jaden Schertz was doing his job by slashing to the rim and drawing fouls. He went to the line four times and knocked down all four.

Lance Owens dropped in seven during the second period and Clint Crockett along with Jake Templin threw in two points each but the Grizzlies outscored the Panthers 14-11.

The score at the half was 28-21 with the Grizz enjoying the seven point advantage.

Coming out of the break, Cumberland Gap tried to match the Grainger scoring in the third period and came close at 16-14.

Still, Cumberland Gap was close enough to get the win if the final period went their way. The Panthers entered the fourth period determined to defend their floor.

They simply outplayed the Grizzlies and outscored them 22-14 behind the play of Jake Templin, Schertz, Owens and Dylan Ellison.

The home team had a great chance to upset the Grizz but fell one point short at 58-57.

Grainger was led in victory by Emmanuel Atkins with 20 and Jaxon Williams had 15.

The Panthers were led by Templin with 19 with 17 being in the second half. Owens and Schertz both had 13, Graves had six, Crockett finished with four and Dylan Ellison had two.

The Panthers shot outstanding at the free throw line making eight out of 10 but Grainger went to the stripe 18 times and made 16 of them.

With their ability to play with everyone they tip off with, the Panthers are gaining momentum and will be a dangerous team going into the district tournament.