Looking to better beef during COVID-19 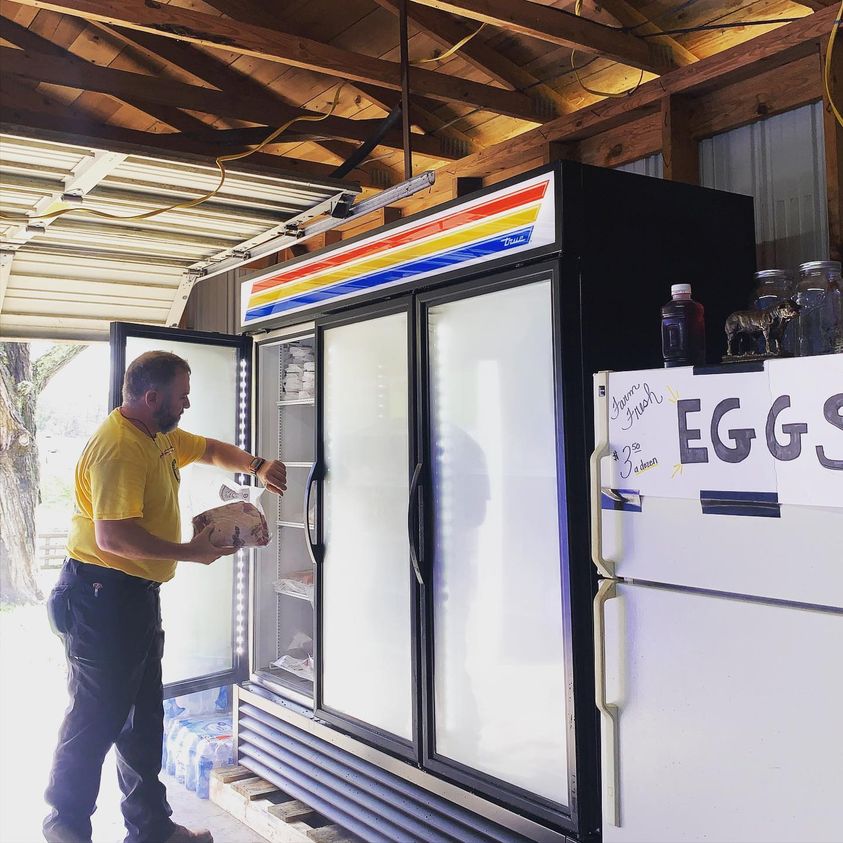 COVID-19 seems to be proving that a horrific situation can bring a positive to the dinner table. The pandemic is making many rethink the kind of meals that are set before them. Will highly processed, chemical and preservative-laden food properly combat the invader that is the virus? Are grain-fed, synthetic hormone and antibiotic filled cattle going to give our bodies the best weapons of defense?

Individuals are trashing unhealthy foods in favor of organic varieties including grass-fed beef which provides the immune system with a warehouse of vitamins, minerals and the all-important group of amino acids.

At the turn of the 19th century, grass-fed cattle roamed free and easy on the pastures at the Hoyle G. and LouAnn Kincaid Parkey farm. The 160 acre property was located along what are now both sides of U.S. Hwy 25E north in Tazewell.

The tradition has carried forward through 117 uninterrupted years of operation.

Founded in 1903 as Parkey Farm, Hoyle and LouAnn raised three children from the proceeds of their thriving hay, corn, tobacco and cattle business.

In 1934, the couple’s son and daughter-in-law Whitt Green and Statia Chadwell Parkey acquired the farm, adding grapes, apples and chickens to the mix. The name was changed at that time to Whitt’s Place.

The reins were passed down in 1968 to the founders’ granddaughter Ruth Parkey Fugate. Her daughter, Elizabeth, came onboard later.

Whitt Shuford, who handles the day-to-day operation of what is now Century Farm Meat, is a 5th generation member of the family and co-owner alongside Ruth and Elizabeth.

When time came to re-up his meat processing service calendar, Shuford submitted his usual order long before he learned of the pandemic. This meant his orders were guaranteed processing dates throughout the 12 month period despite ongoing delays that became a normal part of the meat-packing business.

While beef prices continued to rise astronomically at the local grocery stores, Shuford was able to supply local tables with organic free-roaming, grass-fed beef at his normal prices.

“I’m not in the business to gouge people. I’m not going to make a big profit on the backs of my neighbors and friends,” said Shuford. “This is, and always has been, a family-owned business.

“When I first started putting this business model together, I never wanted to be the Neiman-Marcus of meat. I want to be the Walmart of good quality meat.”

Shuford says he’s not going to say it’s been an easy year. However, his foresight seems to have put him in better stead than other cattle farmers and the occasional individual who has an animal processed for special occasions.

As COVID-19 took hold, processing plants were forced to shut their doors – some temporarily while others permanently – creating a mountain of overflow for those few processors who managed to stay open. Added to the mix were transportation slowdowns, creating a tsunami of shelf-clearing as individuals attempted to stock up for the future.

Shuford says his business is not immune to the concept of hoarding.

“I had a little woman – she couldn’t have weighed 90 pounds. She was in her 80s – a widow. She walked in and wanted to buy 100 pounds of hamburger. I told her I could do it but asked her why she wanted that much. She said ‘well, I’m just scared to death that I’m not going to be able to get it ‘cause you can’t even find it at the grocery stores.’

Every hunk of beef and pork that comes from Century Farm Meat is USDA licensed and inspected.

“I know exactly what’s going into my animals the day they hit the ground. If I ever have an animal that’s sick enough to where I have to stick a needle in it with medicine to keep it alive, I put it on a trailer, take it to a barn and sell it. I will not process it. If a needle goes in my cows, it does not go in my freezer,” said Shuford.

Personally, he says his life has not been terribly impacted by the virus. As a Claiborne County Commissioner, Shuford says he wishes the public would be more conscientious about social distancing and mask wearing.

“I’m not going to be Big Brother and suggest we lock everything down. People got to make a dollar. But, I also think people have the ability to self-monitor. If they feel it’s not a safe place to go into, then don’t go,” said Shuford.

Despite COVID-19, he is planning ahead with the opening of a farmer’s market sometime this spring. He plans to convert the old family home, naming the endeavor Whitt’s Place.