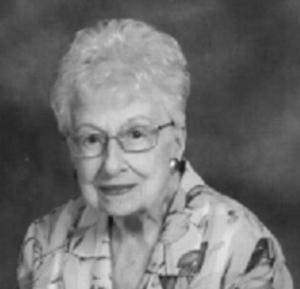 Katherine Cain Wise passed away on October 29, 2021 one week prior to her 100th Birthday at the Ridgeview Terrace Nursing Home in Rutledge, TN where she received loving care. Previously she lived in Paducah, KY.

Katherine was employed in a variety of businesses, beginning at her father’s pharmacy; then Camp Breckenridge in Morganfield, KY; the Courier-Press, Evansville, IN; the Dawson Springs, KY Progress; and for 16 years, a teller at Commercial Bank of Dawson Springs. In 1961, she was employed as reservation clerk at Pennyrile State Park, Dawson Springs, where she was later promoted to Business Manager and then Park Manager. Katherine transferred to Kenlake in 1981, retiring as Business Manager in 1987.

Katherine attended St. Thomas More Catholic Church, Paducah, KY; volunteered at Lourdes (Mercy Health) Hospital; was a Kentucky Colonel, and a member of the Kentucky Dogwood Good Sams Camping Club. She was honored by the “Friends of Pennyrile” to have a lighted “Snowflake” installed outside the lodge during the Christmas holiday season.

Expressions of sympathy may take the form of donations to be made to St. Thomas More, Lourdes Volunteers, or charity of your choice.