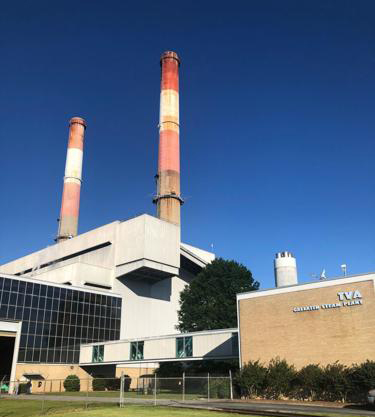 The Tennessee Valley Authority is decommissioning coal-fired power plants in favor of renewables that can be intermittent sources of generation during peak times. TVA Photo

The Tennessee Valley Authority, like many Southern energy companies, is busy decommissioning coal-fired power plants in favor of renewables that can be intermittent sources of generation during peak times.

TVA, in fact, plans to close its Bull Run facility next year and then its final four coal plants by 2035 as it has now retired 34 coal plants and approximately 10,215 megawatts of capacity since 2013.

“Like any good public power organization … we’re committed to public service,” Jeff Lyash, TVA president and CEO, said earlier this month. “So we recognize that, in the long term, we need to continue to make progress on reducing our carbon emissions but we need to do it while keeping the price affordable, or reliability high and building an ever-more resilient system.”

Despite that increase, TVA’s effective power rate increased just 11% over that same period, ranking Tennessee 41st in electricity prices in the U.S.

Lyash said that a large challenge will be keeping up with increased demand for electricity and looking at new energy options but also maintaining a reliance on nuclear power generation with the use of small modular reactors.

“Our challenge is going to be to de-carbonize the current electricity system,” Lyash said. “The larger challenge is how do you maintain carbon-free assets to serve what could be a 50% to 100% increase in terawatt hour consumption over the next three decades, driven by electrification.”