Special teams hopes to build off past success 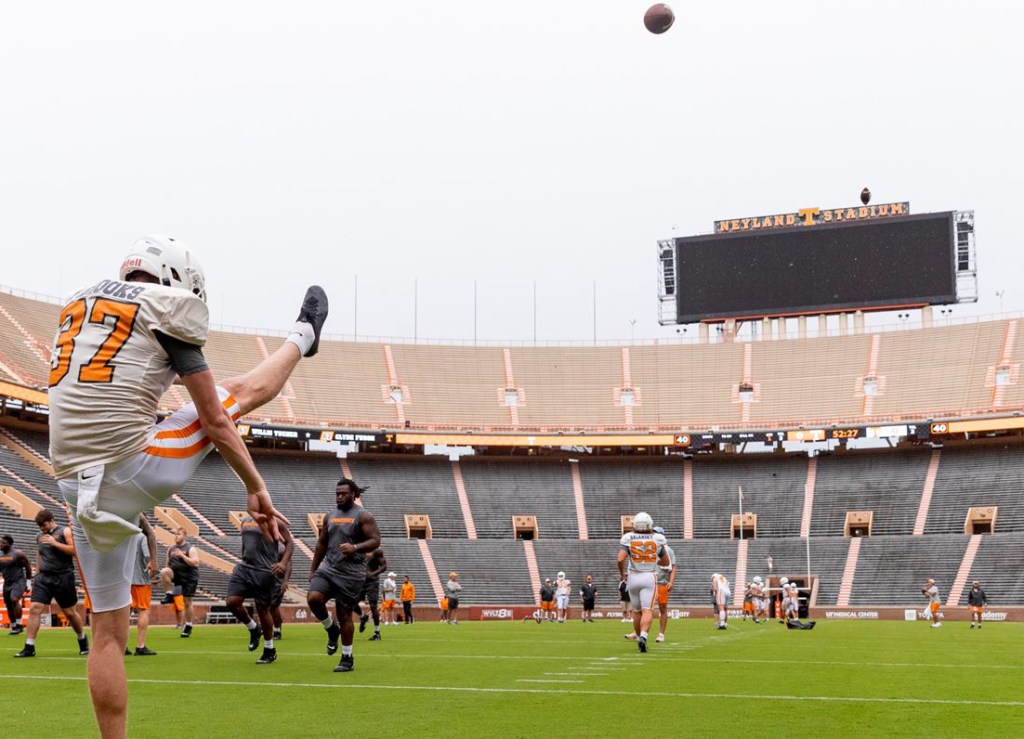 While sometimes overlooked, special teams often plays a major role in the outcome of winning and losing football games. Due in large part to the efforts of special teams coordinator Mike Ekeler, Tennessee was one of the nation’s best in that facet of the game in 2021.

The Vols like look to continue to excel on specials teams this season with the return of their two primary placekickers, starting punter and starting long snapper, while a host of talented playmakers will look to fill the shoes of departed dynamic return man Velus Jones Jr.

“It is great, we got snappers back, we got two kickers back, punters,” Ekeler said when meeting with the media after Wednesday practice. “We have great continuity in that room. Those guys pull for each other, have great work ethics and come to work every day. I know it sounds like coach speak, but that is facts. I really appreciate those guys and they work their tails off, so we are excited about it.”

The biggest question mark in regard to specials teams this season is who will replace the production of Jones Jr., who was selected in the third round of the 2022 NFL Draft by the Chicago Bears after leading the SEC in kickoff and punt return average in 2021. Jones’ 15.1 yards per punt return not only led the league but ranked second nationally, while his 27.3 yards per kickoff return also ranked among the top 20 nationally.

Ekeler admitted it would be hard to replace Jones with just one player and that they are looking forward to contributions from a handful of different players.

“We got a bunch of guys and a lot of guys that are capable,” Ekeler said. “We’re really excited about it. Velus Jones Jr. is a hard guy to replace, but we are going to do it by committee.”

Ekeler also talked about the value of playing special teams when it comes to aiding the development of a player’s overall game and those skills translating to other positions all over the field.

“We talk about everything we do on special teams and how it makes you a better football player, how it makes you better offensively and defensively,” Ekeler said. “Every day, coach Heupel will get in the team meeting, and he’ll have clips. We call them transferable skills. Every technique that we work and see how it transfers over to the offensive side and to the defensive side.

Along with his duties as special teams coordinator, Ekeler also serves as UT’s outside linebackers coach, working a lot with the team’s pass rushers.

With the return of veterans Byron Young, Tyler Baron and Roman Harrison, the Vols have plenty to build around. Add in some talented freshmen with the likes of Joshua Josephs and James Pearce Jr., and the pass rush has the chance to cause havoc for opposing quarterbacks all year long.

“The sky is the limit. It’s on them, it’s on me to get them ready,” Ekeler said. “I just think as the season goes on, you’re going to see more and more out of both of them. Just remember, they just got here. I’m not making excuses for me or them or anything. Those guys are going to be incredible players when it all is said and done. It’s just getting them to that point. I think you are going to be excited with what you see.”