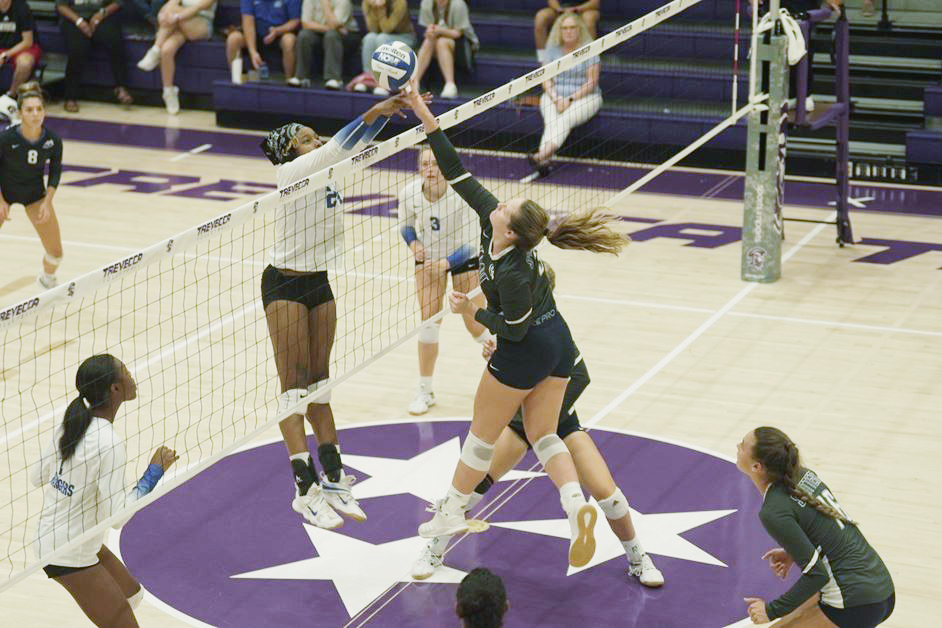 Day two of the Ray Thrasher held by Trevecca Nazarene in Nashville was not kind to the Lady Railsplitter’s.  Two regional opponents that included the host school was on the docket and it would be a tough one for the ladies on Saturday.

Game one of the day saw LMU face former GSC rival Alabama-Huntsville.  Set one saw LMU race out to a 10-7 lead before a 5-0 run in the middle of the set put the Chargers out front 14-11.  The Lady Railsplitters would get the deficit back down to as little as one, but it was UAH that took a hard-fought set one 25-21.  Set two once again to be a back-and-forth battle, LMU tied it at 15-15 on a Kristen Moering kill, but again it was UAH that found a way to pull off a 10-6 run to take set two 25-21.  Early on in set three, UAH would use a 4-0 run to take the lead 10-6.  LMU battled hard and a block by Katie Bedel and Moering would force a Charger error and tie up the set at 18.  However, on this day, the Chargers would bend but would not break as they run off a late 7-3 run to take the set 25-21 and the match 3-0.  Moering led the Lady Railsplitters with 10 kills on the match.

Game two was an opportunity for the Lady Railsplitters to finish the classic on a high note but the home standing Trojans had proved to be a formidable foe on the home floor, and they proved their strength again late Saturday.  Set one was back and forth thru the first 11 points, but it was the Trojans who used a mid-set 11-5 run to put some distance between themselves and LMU as they went on to win set one 25-19.  Set two began like set one as a back-and-forth affair when a Moering made a kill to make the score 9-7 in favor of Trevecca.  From there, a 9-2 run by the Trojans pushed them to an 18-9 lead on their way to a set two win 25-16.  Set three began with the home team looking for the sweep and they rushed out to a quick 9-3 lead and eventually leading later in the set 16-5 before LMU tried to rally late.  But the damage was done, and an Emma Titus kill ended the match for Trevecca and the day for LMU as the Trojans won the set 25-16 and the match 3-0.  LMU only accounted for 19 kills in the straight set loss and struggled hitting only .127 on the match.

The Lady Railsplitters will take the week before making a trip to Owensboro, Kentucky for the Kentucky Wesleyan tournament.